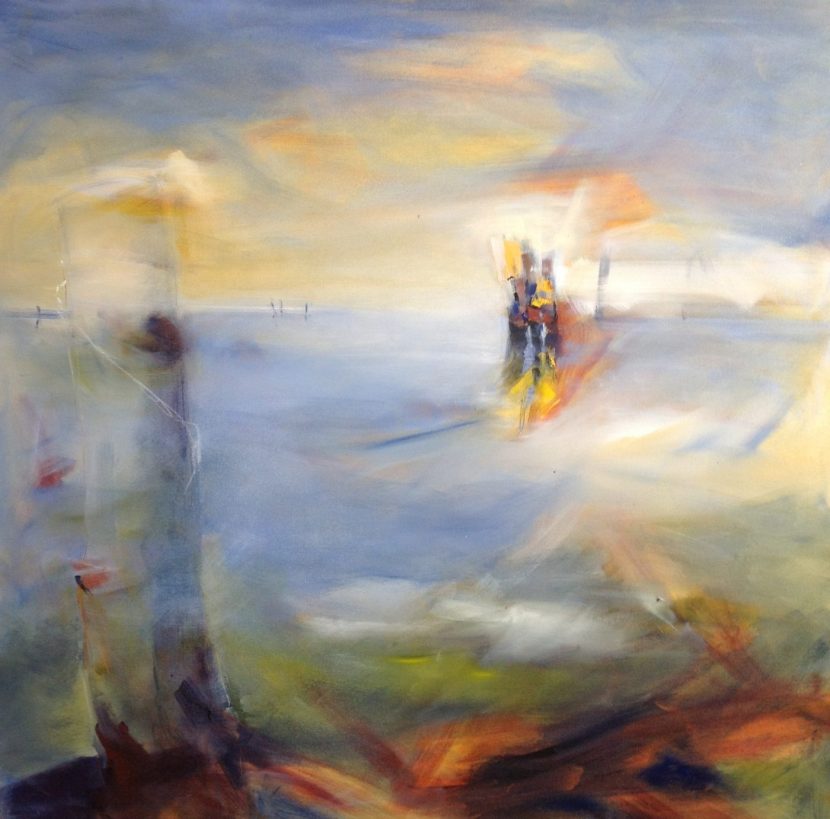 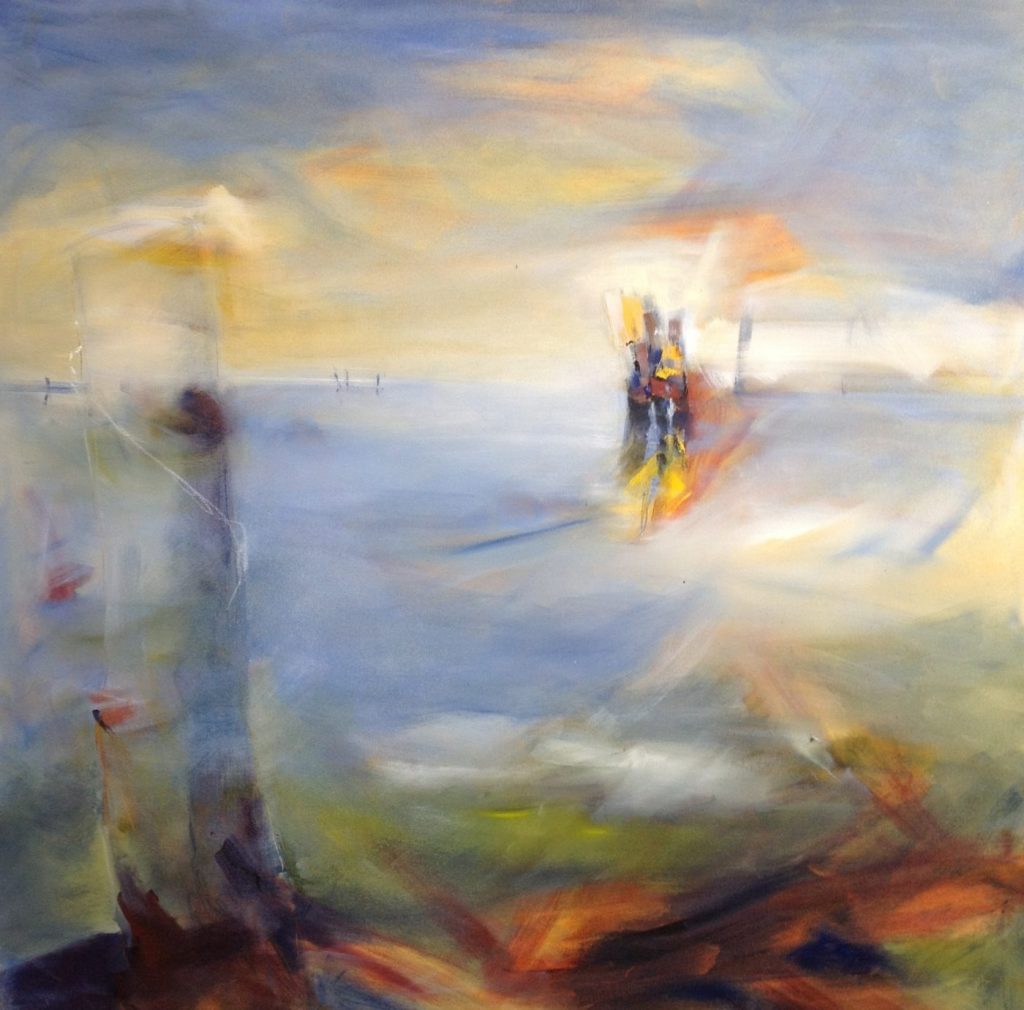 In nature there is continuous creation reconstruction and disintegration which marks the passage of time. These works reflect a sense of that coming and going – the passing of one phase into another. Old wharves, jetties, boats and pylons along the foreshore produce rich colours of rust, reds and oranges as they inevitably erode and fall into the sea. I was keen to capture many of them before they were replaced with new sleek metal structures. They tell the story of coming and going of all sorts of vessels that have moored there. The paintings also portray the coming and going of the tides through the appearing and disappearing images. The wreck of the old barge has been rusting away since 1948, its gradual erosion, also recording the passage of time. The play of afternoon light seems to dance on the water as it washes through the rusting hulk.